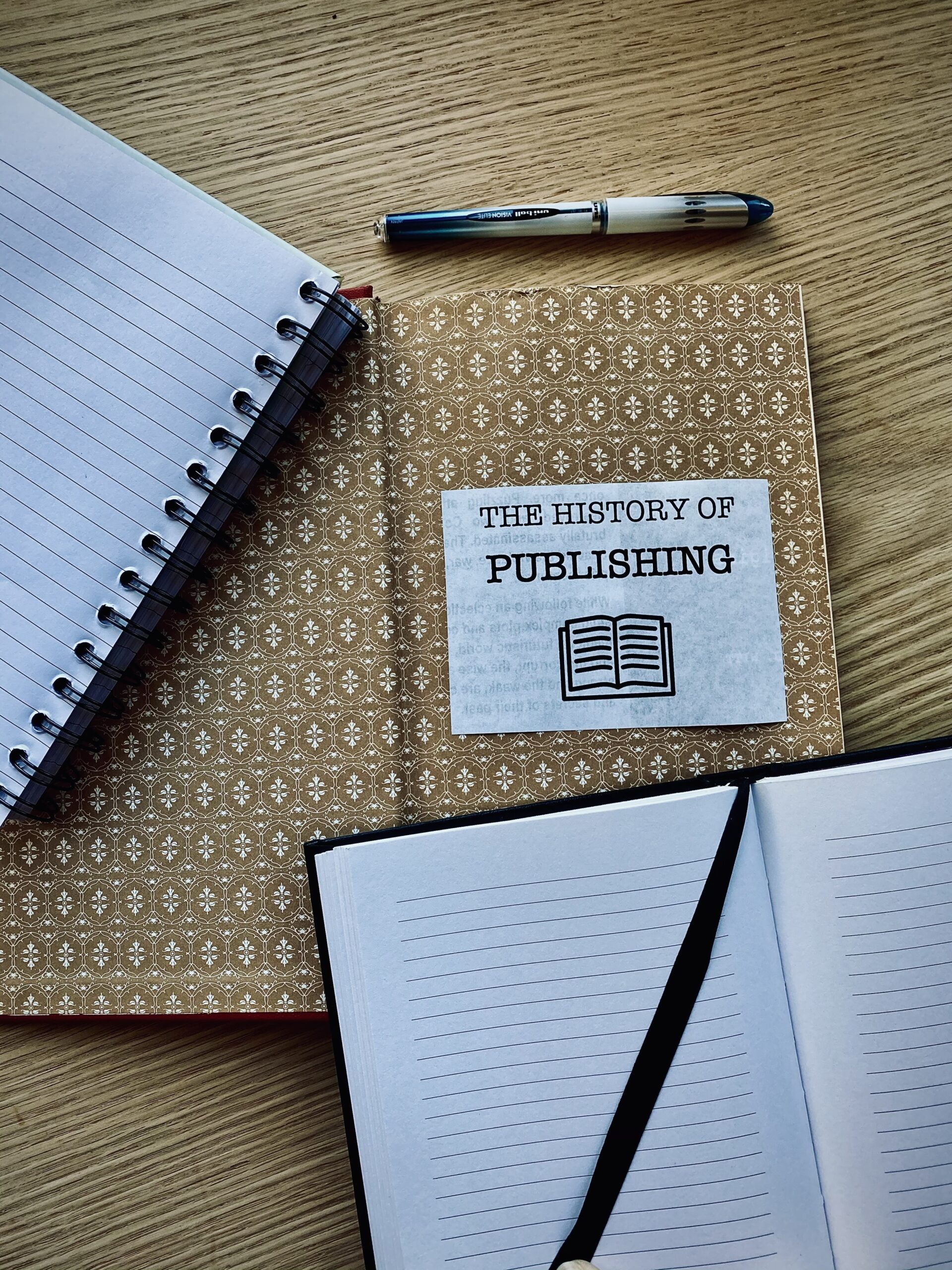 Publishing as readers know it today is a product of social and technological change. Before books could be printed in the millions and shipped around the world, printing and distribution had to be done manually by scribes. The invention of the printing press drastically transformed the possibilities of the written word and how it reached audiences. The starting point of what’s considered “printing” varies from source to source, with some scholars citing China in the 6th century CE with block printing, and others asserting that printing began in 3500 CE with Sumerian civilizations and clay tablets.

The German inventor Johannes Gutenberg first developed a method of movable type in the 14th century using metal, ink, and paper. Subsequently, one of the first major printed and distributed books in Europe was the “Forty-Two Line” Bible or the Gutenberg Bible. At this point, the cost of production was reduced, books could be printed faster, and they were more readily available for purchase by citizens. During this time, chapbooks – short stories often printed on inexpensive paper – were marketed towards lower-class readers and covered a variety of subjects.

By the 1800s, two publishing models developed. An author could sell the copyright of their work and receive a one-time payment from the publisher, or the book could be published on commission. In the second model, the publisher advances the cost of publishing the book and keeps the profits until the breakeven point. After that, authors retained 20 percent or less of profits, and publishers would get the rest. If the sales could not recoup the cost of publishing the book, authors would be responsible for the cost.

The Emergence of Different Types of Publishing

Today, traditional publishing acts somewhat of a blend between the two earlier models. Traditional publishers are more rigid with what they select and often don’t accept manuscripts directly from authors. Rather, authors must query a literary agent, or if a publisher accepts unsolicited manuscripts, their work becomes part of the “slush pile” to be sifted through by an editorial team.

With the advent of the World Wide Web in the 1990s, self-publishing exploded. The spread of multimedia formats, including encoding images, text, animations, and sounds also increased access to information and lowered production costs for book publishing. Authors who self-publish retain full rights to their work and incur all costs.

More recently, hybrid publishers have become a new option for authors to consider. These publishers allow authors to maintain creative control of their work while still receiving the creative and professional knowledge and distribution of traditional publishing.

There are a variety of industry sub-divisions, like newspaper, periodical, and academic publishing. Global book publications account for over $100 billion annual revenue, or about 15 percent of the total media industry, according to the IPA Global Publishing Statistics. Publishing has grown to become a vast, complex, and intricate process today. Its impact is incalculable as books of every cultural, social, and literary background continue to delight and inform readers every year.