The Little Book of Wonders

Four curiously gifted children from different parts of the world come together in a kingdom ruled by a peanut brittle addicted monarch who wishes to destroy their uniqueness in his quest for absolute power.

Four curiously gifted children from different parts of the world come together in a kingdom ruled by a peanut brittle addicted monarch who wishes to destroy their uniqueness in his quest for absolute power.

When Izzerdory dances, everyone and everything dances with her. With ears the size of dinner plates, Doughfan hears all the sounds of the world and beyond. Zephyie reads the past, present, and future in the clouds. Tenzing finds knowledge in the currents of waterways and oceans. These youngsters are fated to sail across malevolent seas, hike high mountains, experience imprisonment, and float winding rivers deep within the earth to confront the greedy, peanut-brittle-addicted monarch who has a bad attitude, and very bad teeth.

R.W. Berky is an Obie, Edinburgh Fringe First, Kennedy Center Roger L. Stevens, and Sarett National Playwrighting award-winning performer. He is a National Endowment for the Arts, NY Council on the Arts, and Wyoming Arts Council fellow, appearing on PBS, Disney, Nickelodeon, and programs in Europe and South America.

Berky has performed at the Brooklyn BAM Festival, on and off-Broadway, Folger Library, Arena Stage, and at festivals worldwide. His work has been featured at the Kennedy Center, Lincoln Center, and Smithsonian Institute. He was a visiting artist and master teacher at Juilliard, Brown, UT Austin, UC Santa Barbara, Brandeis, Smith College, Carnegie Mellon, Dell’Arte International, UNC School for the Arts, and the Lincoln Center Institute. He taught Clowning and Physical Theatre at Brown/Trinity Rep. The author has directed/produced plays by Sam Shepard, Tom Stoppard, Shakespeare, Dario Fo, and David Mamet. He was movement and clowning director for Joseph Papp at Shakespeare in the Park in NYC, ass’t directed for John Tillinger at Long Wharf Theatre, as well as movement coach for Donal Donaldson, Gregory Hines, Jeff Goldblum, and Michelle Pfeiffer.

Berky has worked with at-risk youth for the past 50 years and is a member of Global Arts Corps, a non-profit theatre organization creating dramatic works in international conflict zones. Trained in classical French horn at the Eastman School of Music, Berky plays Irish and classical music on the concertina, as well as old-time mountain music and original compositions on his 5-string clawhammer banjo.

Today, Berky lives in Jackson, WY, and continues to teach, direct, and perform throughout the world. 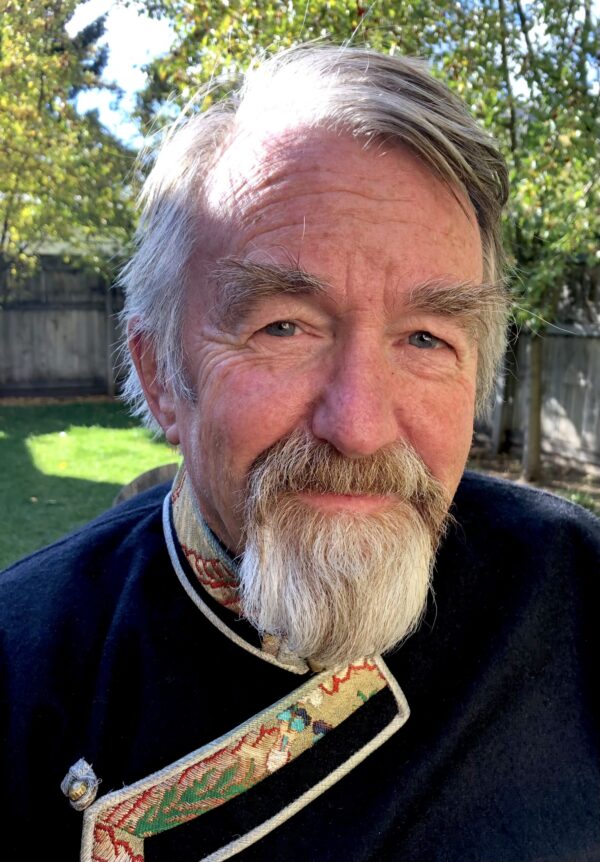